Is Digital Advertising Reaching its Peak? 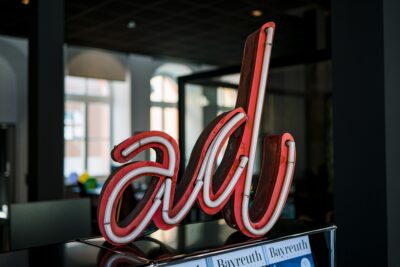 Over recent decades, the advertising market has undergone a range of changes. Despite the challenges, digital advertising has been able to grow and reinvent itself at each new stage of its history. Moving from hurdles to propellers, digital advertising has evolved into a model that is considerably more mindful of its users. At this point, though, has the market reached the peak of its evolution with the phasing-out of third-party cookies

A BRIEF HISTORY OF ADVERTISING

“People told us if you put ads online, the internet would throw up on us,” said Louis Rossetto, co-founder of Wired, to Digiday. In 1994, the website HotWired published the first banner ad. Over the 2000s, the pop-up invasion began, which Ethan Zuckerman, their creator, now regrets. By 2009, the era of programmatic advertising was beginning. Since then, many new formats have popped up and the world of digital advertising has radically changed, allowing a wealth of new trends to join the stage.

Gradually, the success of smartphones, the emergence of video formats and the onset of the first mobile audience metrics became major events for the market. However, change brings with it uncertainty. Are the ads really integrated into a reading context that piques user interest? Can users decide what advertising content is shown to them? And above all, how are their data used? A new trend was thus born: ad blockers. While ad blockers would appear to be a hurdle for digital advertisement, they actually turned out to be a driving force for its growth. The market became aware of the need to act on overly invasive ads. Many players worked together to create new advertising standards which would not be harmful for users.

The premise of user data-based advertising meant that, inevitably, a small number of players would have control of data collection. Personal data are a raw material for the advertising industry and, through the ads themselves, become a major source of funding. When the issue of data is raised, it is essential to also consider how consent from the owners of these data is obtained. And yet, the race to achieve more effective ads was run at the cost of the users and their privacy. Since the GDPR entered into force in May 2018, the French Data Protection Authority (CNIL) has been sanctioning privacy infringements; 2021 was a record year for this, with 18 sanctions covering a total of 2 million euros’ worth of fines.

With the falling volume of available user data, a major worry emerged: would advertisers lose their link with their audience? Although these changes can have a non-negligible impact on revenue, particularly for website hosts, they can also bring fresh momentum. Practices are changing to meet new market demands, by optimising target coverage and monetising content while keeping the user at the centre of the value chain, thereby demonstrating the robustness of the entire industry.

BUT MORE IS YET TO COME

Nobody would doubt the ability of the digital advertising market to refind a foothold and bring the user back to the centre of the value chain. After all, users are the key actor in advertising, and their click is decisive. This is where contextual targeting suddenly makes perfect sense. The content remains the first thing that the user experiences, and the targeting must work by using this content to create new advertising models.

However, we need to go further in this idea of “classic” contextual targeting and audience capturing, with profiling solutions that allow for a very precise understanding of audiences without relying on user data.

The future of advertising must therefore involve the creation of a more virtuous ecosystem made possible by a wider use of contextual targeting and programmatic broadcasting.

While people have a love-hate relationship with digital advertising, it cannot be denied that it has a bright future ahead of it, as society is clearly not yet ready to pay for an ad-free internet.