The Benefits of Contextual Data on User Data 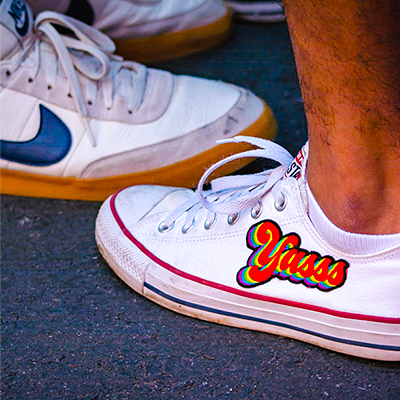 With the arrival of the GDPR, new recommendations from the CNIL, and the automatic refusal of trackers on some browsers, cookies are having a hard time after 25 years of use.

While user data focuses on the Internet user through – among others – his socio-demographic data and browsing history, contextual data will focus on the content and the environment in which the ad is displayed.

It was thought to be obsolete when – a few years ago – “Big data” was in vogue and the market was caught in a race to see who would have the most user data. However, what is the point of accumulating all this data if most of it is not even used? Aside from the – not insignificant – server and ecological costs involved in this data storage, the ethical question arises: is it right for advertisers to ask for access to personal information if they do not even use it?

Without entering into moral questions that may remain subjective, the question of the limits of user data arises above all from a legal point of view: if the GDPR has made users aware of the issues related to the processing of their data, it is nonetheless only a first step, judged as insufficient by citizen groups. As proof, the number of complaints has drastically increased, in France as in the rest of Europe.

While there is a first net increase following the CNIL recommendations of 2013, the year 2018 is the first year for which the annual number of complaints exceeds 11,000 (+33% compared to 2017). This increase in the number of complaints received shows a greater awareness, but also some dissatisfaction among users who feel that companies do not always comply with the rules. This idea is moreover confirmed by the study published last June by Éditions Législatives and Data Legal Drive, according to which only one third of websites are 100% compliant with the GDPR. While it sometimes has difficulty keeping up with the market’s sustained speed of evolution, the legal framework is bound to become progressively tougher. The CNIL’s new recommendations, made last July, take a further step in this direction and should lead to a decrease in the amount of personal data available. In parallel, contextual data should not be impacted by these future evolutions since it focuses only on the advertising delivery environment and not on a user’s private data.

This focus on the delivery environment is even more important as brand safety concerns are becoming more and more important to brands. If performance remains the first preoccupation of advertisers, broadcasting everywhere and anyhow does not always allow turnover increase and is sometimes done to the detriment of the brand image. It is therefore essential that the advertising messages being shown are in accordance with the user’s interest at the moment when they see the advertisement. The personal data of a user will make it possible to define that he has already looked up the same pair of shoes three times, however, one can wonder about the relevance of showing him an advertisement including these same shoes at the time when he is consulting an article dealing with the best home insurance. All the more so if they have already bought this pair of shoes in store a few weeks before!

Indeed, another limitation of user data is the increasing difficulty to cross-check the information acquired on the different acquisition channels. Whether due to difficulties in managing multi-device or cookie synchronization problems, it is not always possible to track a user’s entire journey and therefore exploit the full potential of user data. This difficulty, in cross-referencing information, leads to increased marketing pressure, exposing the same user to a greater than expected amount of advertising, which can ultimately damage brand image. On the contrary, contextual data makes it possible to focus the broadcast of the advertising message on the moments when the user’s attention is focused on an affinity theme, allowing better memorization of the advertisement. Contextual data is therefore part of attention marketing, unlike user data which will want to target the intention.

Therefore, while user data is often more conducive to conversion because its targeting is based on an intention already expressed by the user, contextual data allows reaching new potential customers at times when they are receptive to the brand’s message, thus creating the first point of contact that can be reworked by other acquisition channels. Far from being opposed, these two types of data are finally complementary: the contextual data will capitalize on the user’s attention to generate intention, which can then be targeted by the user data. It is therefore becoming necessary for advertisers to think carefully about their media mix in order to intelligently combine contextual data and user data to reach the desired audiences without applying too much marketing pressure or intruding on their privacy.

This article was initially published on JDN.