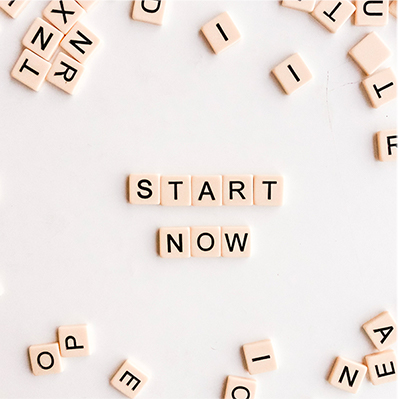 The different evolutions of the programmatic market push us to consider alternatives to the targeting methods used until now. Among these alternatives, NLP brings to contextual targeting the precision and granularity it was missing until now.

First, what is NLP? No, it’s not the English abbreviation for neuro-linguistics programming, and although the 3-letter acronym rule is respected, the NLP should not try to compete with MHD, SCH, or other PNLs at the top of the French charts on Spotify. NLP – Natural Language Processing – is the automatic process of natural language, a branch of artificial intelligence whose goal is to make the computer read and understand human language. This domain has many applications: be it chatbots, automated call centers, Google’s translation tool “Google Translate” or personal assistants such as Siri or Alexa, all use different techniques of Natural Language Processing. At Qwarry’s, we apply this discipline to targeted advertising: all of our work is to make our algorithms understand not only the content but also the feeling on every page where we can display ads, to be able to broadcast the advertising message of our advertisers in affinity and brand-safe settings.

However, making the machine understand the complexity of human language is a difficult task. This is why, during the decades that followed the appearance of the concept of artificial intelligence – thanks to the works of Alan Turing in the 1950s – the field slowly started progressing. As early as 1948, Turing had a hunch about neural networks, a form of algorithm that – based on the functioning of biological neurons – can solve mathematical problems. It was not until the 1980s that gradient descent was used to train neural networks. Ten years later, Yann LeCun applied this technique to document recognition, marking the first functional and efficient application of neural networks. Finally, 2006 saw the start of neural network training on the GPU: the computing capacities of the graphic processor, which are much greater than those of conventional processors (CPUs), finally make it possible to meet the needs of neural networks, in particular the processing of large quantities of data required for effective learning.

After a few years, neural networks are proving their efficiency and are becoming more and more democratic, thus moving deep learning from a theoretical concept to technological reality. It took almost 60 years from Alan Turing’s definition of the concept to its daily use. Today, NLP includes a plethora of techniques: machine translation, parsing, spelling checking, automatic speech recognition… that can meet a multitude of needs.

Programming is one of the areas that could benefit the most from NLP’s advances. Different elements – be it the European directives which the recent recommendations of the CNIL are derived from, or the positions taken by Walled gardens and various Internet browsers – converge towards the same goal: the gradual disappearance of cookies and ad trackers as we have known them until now. Voices are being raised against these trends, considering that they will only strengthen Walled gardens and will mark the end of “free” internet as we know it since publishers will lose, with cookies, their main source of income.

However, this is an alarmist view and mainly defended by companies whose business now depends on cookies: we are therefore entitled to wonder whether these criticisms are sincere or whether they are a disguised refusal to adapt to market changes. Because these changes are above all an exciting challenge for the AdTech players: find new solutions to combine the relevance of targeting and the respect of internet user privacy. The NLP, which brings an additional dimension to targeted advertising by combining an understanding of the page’s content but also the feeling associated with that content, is one of these alternatives. This presents a greater granularity that goes beyond simple keywording or contextual targeting, which is often too broad and lacks precision. By contextualizing the interests of Internet users, the NLP makes it possible to work towards the construction of a more viable and sustainable advertising ecosystem, reconciling performance and user experience while respecting the private data of each Internet user.

This article was initially published on JDN